If you’re interested in a few extras to do with the story, this is your page. I’ve got a few things I depended on to create Kill Shot, and a few other things that I found interesting. Most of it has to do with u-boats, u-boat life, and other related matters.

The news story that inspired it all, and some extra u-boat/sub stories

Kill Shot was released in 2015. To celebrate its release and to provide some background, I’ll post a few background items here, beginning with the news story which began the whole idea in my mind:

The entire Kill Shot plot grows out of this news story. Since that time, there have been several related stories involving old submarines or u-boats:

Then, of course, the recent discovery of a submarine from the American Civil War, the H.L. Hunley:

A German u-boat found in the Gulf of Mexico:

One of the most helpful resources out there is a site called uboataces.com. One of the problems of writing a convincing u-boat story is that it’s difficult to imagine being on one. Uboataces puts out a bunch of documentary material to do with u-boats and their role in World War II. Excellent material here. I purchased a DVD with a photographic and virtual tour of a German Class VIIC u-boat. I’ve posted a couple of images from the DVD with Uboataces’ permission.

The first is a labelled schematic which points out the names of things, which were important to me writing the story.

This is an outside shot of VIIC class u-boat on display in Germany: 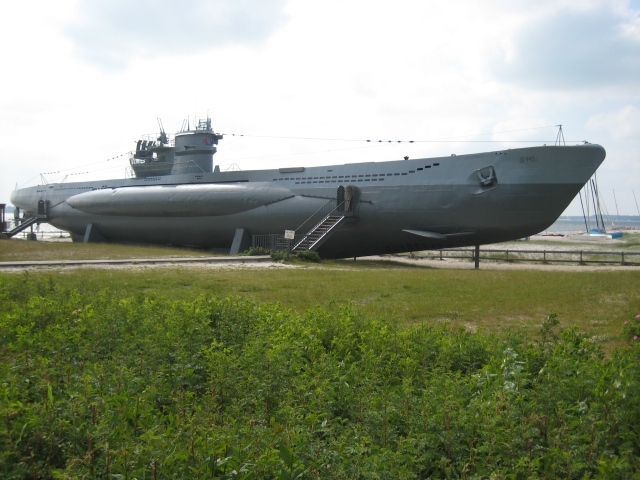 One last image: this is a shot of the “driver’s seat” of a u-boat, the place where the helmsman and planesman sat to guide the u-boat:

Anyhow, this DVD allowed me to more fully imagine life aboard a German u-boat.

Another site that I visited frequently was uboat.net. This site documents the specific boats, officers and crew of each German u-boat. It helped me locate a probable crew, boat, and situation to involve in my story. There are pictures of the commanding officers, mission routes and all sorts of things, here. Check out U-132. You’ll see I use some of what I found here.